Taking partnerships to the next level, offering a comprehensive uniform for any luxe sportswear aficionado.

The Gucci x Adidas collection deserves much attention and is getting it. The collab consists of retro sportswear that was created after Gucci creative director Alessandro Michele went through Adidas’ archive.

This appealing collection was first seen during the “Exquisite Gucci” runway show. In essence, it is Michele’s fascination with old-school athleisure given IRL form. One of the key reasons the collection is getting so much attention is that it is authentic. The products launched include track jackets, bags, t-shirts, and Gazelle sneakers. Every product is unique. For example, the track jackets are variations of THE Adidas track jacket. Their authenticity can be traced back to outerwear, which set all lightweight athletic windbreakers that followed.

The collaboration is more than a basic clothing collaboration. It is an acknowledgment of The Real Thing. It also marks the coming together of two titans of culture that were founded within a few decades of each other. Some are even calling it a dream team.

Just like Gucci’s The North Face collaboration, Adidas x Gucci is perfect because there’s respect for and a fresh perspective on the classic pieces. The pieces to look forward to in the Adidas x Gucci collaboration are crocheted jackets, monogrammed “track” pants, and instant-classic bucket hats and caps. You can also check out subtly-branded safari jackets, chunky knitwear, lacey polo shirts, and creased skirts.

The collaboration also has some worthy accessories like the collaborative Gazelle shoes, the travel cases Guccified with monogrammed canvas, the Adidas slides shapeshifted into platform sandals, and sport socks that are transmogrified with retro Day-Glo colour. You can also choose the double-brimmed caps that aren’t actually in the lookbook of the Adidas x Gucci but are quite appealing. 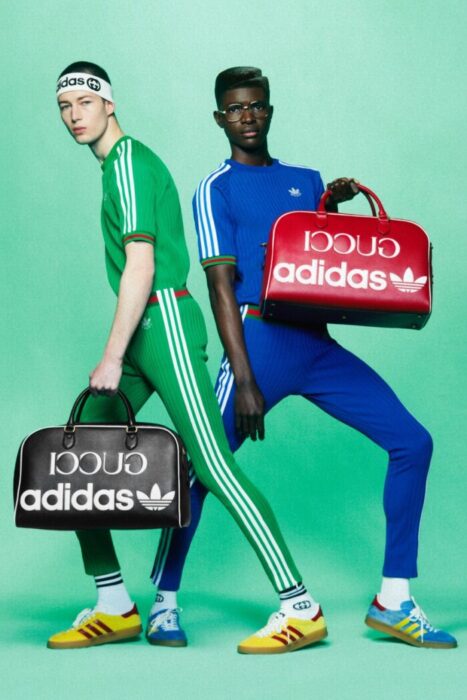 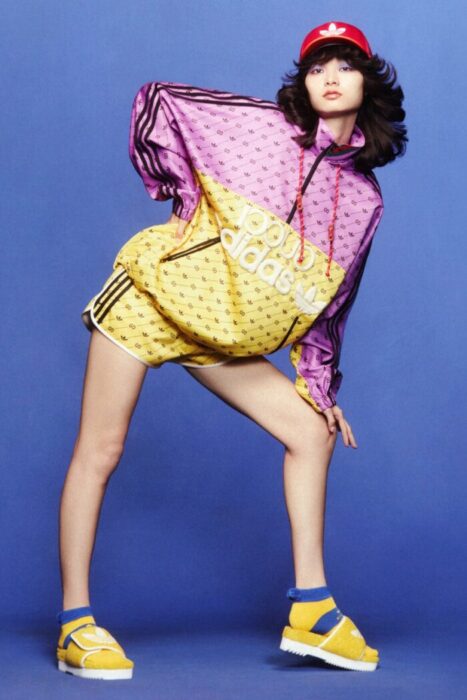