Balenciaga and The Simpsons Collaborate for 2022 Paris Fashion Week

There were two Balenciaga shows: The Simpsons short and a faux red carpet moment after

In recent times, Balenciaga has been pulling off unusual feats. Amidst the pandemic, the company made several noteworthy presentations and even worked on a new video game. Now for the new Spring/Summer collection, the house is collaborating with The Simpsons creator on a special episode.

A clip from the episode was revealed last night in Pris, showing Homer Simpsons trying to convince Demna Gvasalia (the creator director at Balenciaga) to loan Marge a gown. And in return, Homer Simpsons brings all the residents of Springfield to the Balenciaga fashion show.

In the clip, other popular characters from The Simpsons, including Chief Wiggum, Smithers, and Mo the Bartender, are also seen. Furthermore, the cartoon audience also features Anna Wintour, the Vogue editor. 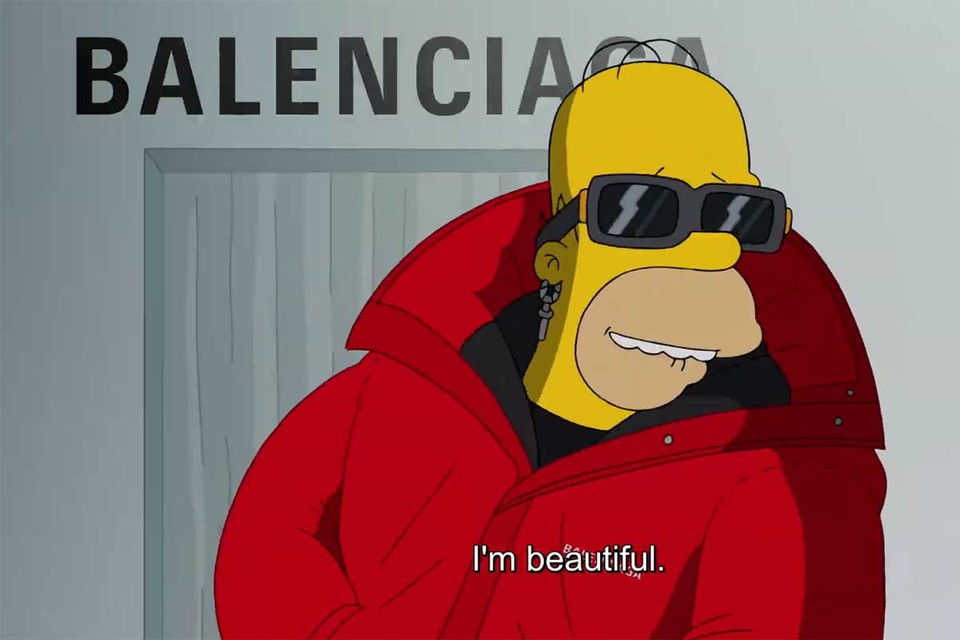 The clip was premiered by Balenciaga in a theatre in the Place du Chatalet. Not only that, but guests also who were a part of the Simpsons episode reveal were invited to pose on the red carpet. However, the guests were unaware that they were live-streamed on social media and to the ones present inside the theatre.

Several high-profile celebrities were seen at the event. Among those securing a seat in the theatre also included friends of the house and the atelier staff from Balenciaga. Big names that appeared on the screening include Cardi B, Juergen Teller, Offset, Isabelle Hupper, Lewis Hamilton, Elliot Page, and Naomi Campbell.

Of course, this short by the Simpsons is not the only crazy thing about the Summer 2022 collection by Balenciaga. People are speculating whether Kanye West was also a part of the event. However, that cannot be confirmed since the final figure that was seen on the red carpet had a mask on.

However, this is something that Kanye could totally pull off, as seen recently in the Donda live party. Currently, Balenciaga has not revealed a complete list of the celebrities that attended nor a full runway video. However, images of the entire collection are expected to drop soon.

In other news, Daniel Craig appeared on the No Tie to Die Premiere in a sleek pink velvet suit, hence going out with a bang.