Google teased a bunch of new products coming in the future.

Google Pixel 7 and Pixel 7 Pro — Google shared a lot during the I/O developer conference held today. The company made the Pixel 6a and Pixel Buds Pro official and teased a couple of new products that will be launched shortly.

Both these cool gadgets will be powered by the next generation of the Google Tensor SoC. Only the backs of the devices were revealed, and the ‘visor’ design is from the Pixel 6 family. However, the camera bar is made from polished aluminium. The camera cut-outs into the aluminium offer a more recognizable look than before

The Pixel 7 has two rear cameras, while the 7 Pro has three. More details will be announced soon. 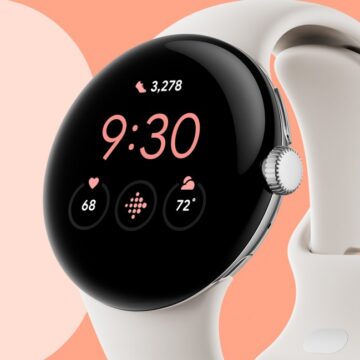 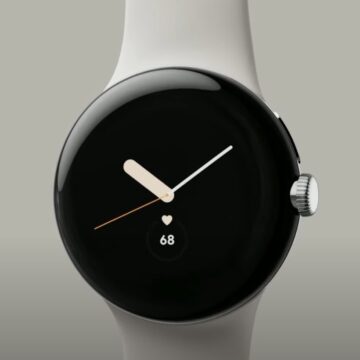 The first smartwatch developed by Google from scratch is round and has a domed look to its glass. It will come with Fitbit integration, which is not a problem as Google owns Fitbit. A buyer of this watch will get fitness tracking with Active Zone Minutes, stats, progress, and personal fitness goals. It will also have continuous heart rate tracking and sleep tracking powered by Fitbit.

A new Google Home app will come to Wear OS. It will allow easy control of connected devices right from one’s wrist.

Google also surprised people by announcing a Pixel tablet that will be launched next year. It will be powered by Google Tensor, “designed to be a perfect companion to your Pixel phone.” The tablet’s bezels are quite slim, and the front-facing camera is mounted inside one of those. There is just one camera on the back.

Google also shared its latest augmented reality glasses that are designed to “break down communication barriers” and add subtitles to real life. According to the demo, the glasses can listen to, translate, and transcribe a conversation. After that, they also display those words on the lenses. The name, price, or release date haven’t been announced yet.

Google will compete with Apple’s AirPods Pro with Google Buds Pro, which will ensure noise cancellation with a new ‘Silent Seal.’