Have a Look Inside the Opulent Beverley Hills mansion of Adele

Adele is rich, and she can buy whatever she desires. The star has proven that once again by offering $58 million for the Beverly Park Mansion currently owned by Sylvester Stallone. Experts say it’s a steal because the property was last offered at $80 million while Stallone originally wanted to sell it for $110 million. The deal will probably close within the next few days as it’s undergoing the inspections phase of escrow right now.

The mansion has some notable amenities that are not there in other Beverly Park homes. Examples include being secreted at the end of a “hidden” cul-de-sac and a good distance from neighbouring homes. The house to be bought by Adele also has an infinity pool, and it was recently thoroughly renovated by Stallone himself!

The cost of this beautiful property is not high for Adele, who has hauled more than $400 over the past decade or so. In addition to this new acquisition, she also has a three-house, $30 million compound in Beverly Hills.

The listing of the mansion was shared by Tomer Fridman of Compass, Kurt Rappaport of Westside Estate Agency, and Jade Mills of Coldwell Banker

The top features of the mansion soon to be owned by the singing sensation include but are not limited to:

A lengthy driveway ends in a motor court shaded by stunning and mature trees.

The main house was custom-built in 1994 for Rocky, and a two-storey guesthouse was added by Richard Landry, a skilled mega-mansion specialist.

The mansion’s interiors are a mix of LA mansion motifs like French doors, giant Palladian windows, and colourful furnishings that attract the eye.

The premises also have a cigar lounge that includes a wet bar and amazing backlit cabinets.

The office is also impressive, and so is a movie theatre. 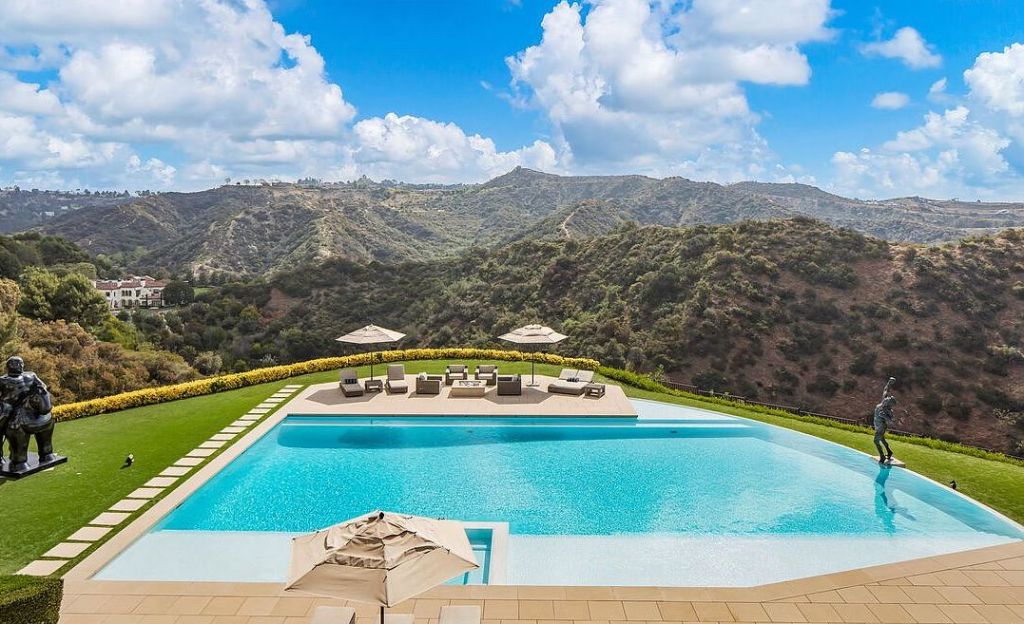 In addition to the infinity pool, Adele’s mansion soon to be owned also has a spa, a putting green, and a Baja deck.