This Could be The Biggest Watch Flex by Jay-Z

Jay-Z is quite enthusiastic about watches. For instance, he showed up wearing a Patek Philippe worth $2.2 million to Diddy’s party a couple of years back. How could one also forget the Richard Mille that took over 3000 hours to produce? Similarly, in 2019, he sent the rare Rolex Daytonas as party invites.

Without a doubt, Jay-Z loves to flex his watches. However, it looks like he might have been pulled off his biggest watch flex to date. Last night during the screening of The Harder They Fall, Jay-Z attended a Q&A session wearing a Patek Philippe Tiffany-blue Nautilus.

Right now, the Tiffany-blue Patek Philippe Nautilus might be the hottest watch on earth. Earlier, Patek Philippe made it clear that it plans to discontinue the Nautilus 5711. However, before that happens, the watchmaker will be releasing the final version of the Nautilus.

The final version features the legendary blue colour by Tiffany with the jeweller’s name. Considering the fact that it is quite rare, it makes sense that the Tiffany-blue Patek Philippe Nautilus became one of the most popular watches in a short time.

Cam Wolf from GQ stated last year, “there is no greater treasure than a Patek Philippe kissed with an official stamp from legendary jeweler Tiffany & Co.”

So, a watch by Patek Philippe that also features a stamp from Tiffany is quite a treat for most watch collectors. However, the watch is quite expensive. Just recently, one example of this watch got sold for $6.5 million at an auction.

The proceeds from that sale are reserved for the Nature Conservancy, which is an organization that aims to protect the environment. Nevertheless, Jay-Z showing up with a Tiffany-stamped Nautilus is the peak of his watch flex.

Most of the examples of this watch have already been allocated to the top VIP customers by Tiffany. Others might have been sold already. After all, this watch is considered a rarity since the examples are very limited.

Nevertheless, this is not the only watch present in Jay-Z’s collection. The entertainment mogul is known for his diverse taste in luxurious watches. 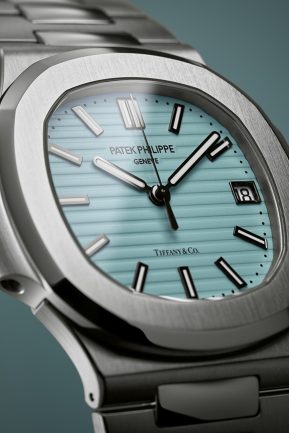 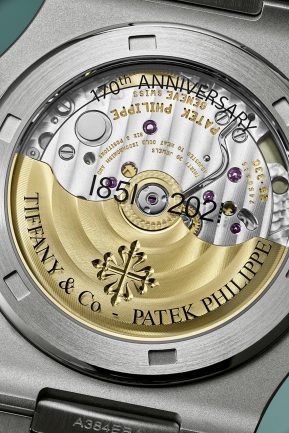