“If you don’t live with the owner of this account, you need your own account to keep watching.”

It is common to share the Netflix password with family and friends who do not live with you to utilize this resource optimally. The streaming service giant does not seem to like that practice these days as it is cracking down on users who share their account’s password outside their household.

Recently, many users have reported that they see a pop-up when they try to sign into a Netflix account with someone else’s password. The message on the pop-up reads, “If you don’t live with the owner of this account, you need your own account to keep watching.”

After that, the users are prompted to sign up for a free trial or have a verification code sent to the phone number or email associated with the Netflix account they are using. The streaming giant is currently testing this feature, and there is no word on whether this is happening in Australia or will happen in Australia in the future. 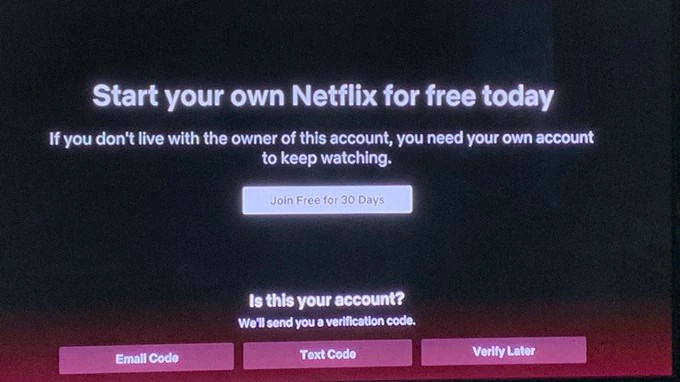 A spokesperson from Netflix said this about the test- “This test is designed to help ensure that people using Netflix accounts are authorised to do so.”

A few years back, in 2016, Netflix had stated that password sharing was not a huge concern. Reed Hastings, the CEO of the company, had said, “Password sharing is something you have to learn to live with because there’s so much legitimate password sharing, like you sharing with your spouse, with your kids.” He added, “So there’s no bright line, and we’re doing fine as is.”

It seems that five years is like a century in the streaming world as the competition in this arena has increased manifold recently with the launches like Disney Plus.