Have a Look Inside the Los Angeles Penthouse of The Weeknd

The swanky penthouse unit is known as the “Mogul”

Now that The Weeknd has moved into a new megamansion in Bel Air that cost him $69 million, he apparently does not need his Westwood penthouse. As expected, Abel Tesfaye better known as The Weeknd, just listed it on the market for $22.5 million. Over two years back, the musician bought this Wilshire Corridor penthouse for $21 million.

This penthouse is no less than a mansion itself. It occupies the whole 18th floor of this exclusive building. The luxury 22-story condo contains eight bathrooms and four bedrooms spread over 8000 square feet of living space. The interiors of this mansion condo are quite stylish. It is adorned with designer lighting, natural stone and white oak wooden floors, walnut panels, and soaring ceilings.

It looks like The Weeknd is a fan of living in style, as the penthouse has floor-to-ceiling walls in every room that offer amazing panoramic vistas of the city. Another notable feature of this penthouse is that it is accessible with an elevator that opens in the corridor with a wine vault.

There is also an entertainment bar featuring Italian Arclinia Kitchen with Miele appliances, an eat-in island, a custom TV wall, and a dining area just adjacent to that. Similarly, the lavish bath in this mansion condo has dual vanities with a glass-lined soaking tub, mirrored gym, and a steam shower.

Talking about space, the penthouse comes with extra ensuite bedrooms, each of which features a separate walk-in closet. The several amenities of the building costing a hefty $8000 per month further make it a suitable choice for people who are looking for 24/7 security, a saltwater pool & spa, a helipad, and valet parking. In that sense, this condo is no less than a mansion.

Since The Weeknd has now decided to move to the ground, as he moved in the 33000 square-foot mansion in Bel Air, this gigantic condo is not a need anymore. Though, this condo is not the only property that The Weeknd has decided to let go of recently. He also sold his Hidden Hills home in April 2021 to Madonna for $19.3 million. 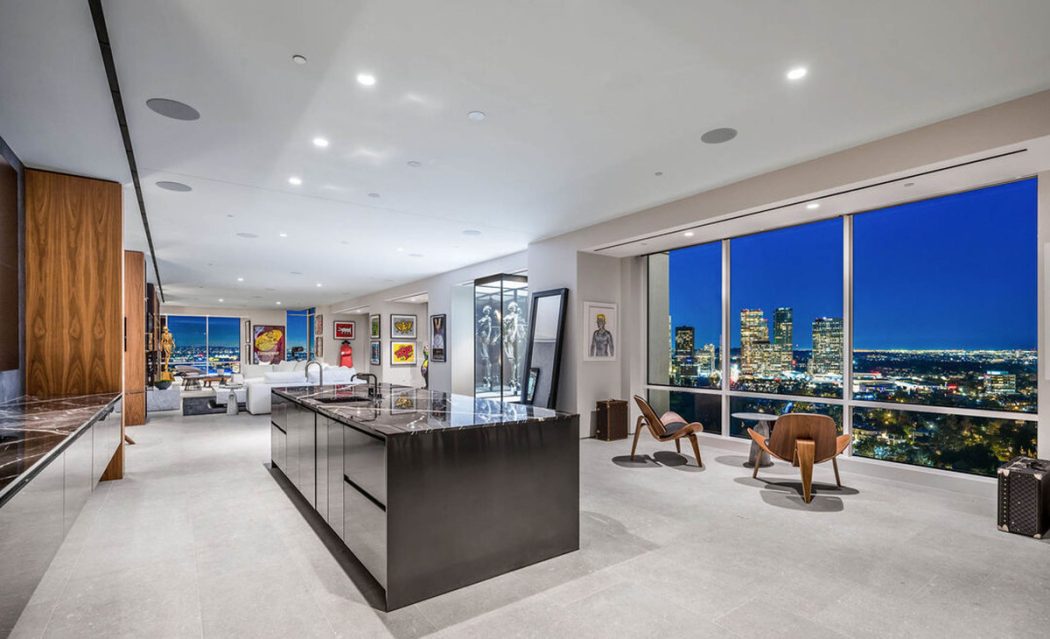