It’s not Keke after all. 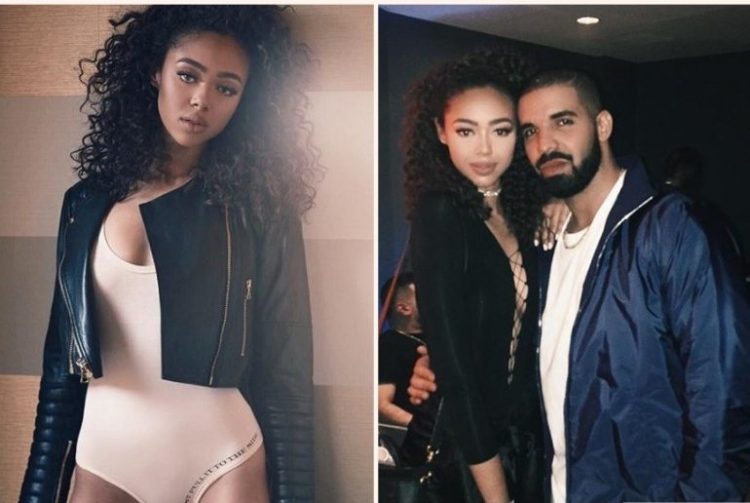 Ever since the release of new Album of Drake, Scorpion, the fans have been speculating about the lyrics and who they have been written for. It has been established that they were not for Keke but actually for 18 year old model Bella Harris.

The tell-tales have been there with Drake’s references and hints all over the pace. The most telling one is in the song “Finesse” where the lyrics go: “Should I do New York? I can’t decide; Fashion Week is more your thing than mine”. Ahem, ahem! Now we all know Keke is not a model, and Bella has been spotted at multiple tours and shows of 31 years old Canadian rapper.

The rumours, lyrics, hints, and sightings took a turn to confirmation when Bella Harris posted a picture on her Instagram with her arm wrapped around Drake and the caption: “No place I’d rather be,” ending with a heart emoticon.

no place I’d rather be ?

So what do we know about this stunning beauty, Bella Harris?

She just graduated from the high school this summer (yes, highschool, summer, this year!)

Janet Jackson is said to be her godmother. His father, Jimmy Jam, from the famous producer duo of Jimmy Jam and Terry Lewis has done some remarkable work with Janet Jackson so that’s where she comes from but being the daughter of Jimmy Jam alone will get you a lot of connections in music industry and Hollywood.

always a pleasure watching @hermusicofficial live. the most amazing voice and the sweetest soul ?

Her mother is Lisa Harris and also has a twin brother named Tyler.

She was signed by LA Talent when she was 13 years of age and due to her being tall, 5’10’, she skipped the teen division and was straight inducted in to women’s division. She has appeared on the cover of magazines including Dapifer, and the list will only grow from here. She has worked with both LA models and NY models.

Bella Harris has done work with Puma and also with Rihanna in 2016 where she hung out with the singer during her Anti World Tour.

Drake’s fan base has been furious due to him jumping the ship too many times and his previous relationships with women. The reactions from Bella’s fans have been mixed as few of them have asked her to be careful of Drake breaking her heart, and have urged her to ask Drake to “put a ring on it,” sooner than later.

When all is said and done, we can’t really deny that Bella Harris is gorgeous and graceful, and everyone would want to spend time in her company. Here’s to hope that Drake will get his shit together as far as women are concerned and for once would settle down with someone in his life.

life is a movie ?

I teamed up with @nikesportswear and @teenvogue to share my new #Cortez shot. So excited for you guys to see the video on teenvogue.com! ? @diane_russo

my siesta was going amazing until I was rudely awakened by a wave ?