Your First Look at the YEEZY GAP ENGINEERED BY BALENCIAGA Drop

The drop include a denim jacket and pants, a range of logo tees and a hoodie.

Just in time for the release of Donda 2, Ye and Demna have officially released the first YEEZY GAP ENGINEERED BY BALENCIAGA collection. Though just eight styles have been released, the rest are planned for later this year. All the pieces aim to reflect timeless silhouettes that are translated through the lens of Demna and Ye’s creative approaches to utilitarian design concepts.

YEEZY GAP ENGINEERED BY BALENCIAGA collection was announced in January. At that time, the “Eazy” rapper had stated, “It is a vision come true to work with Gap and Demna, the creative director of Balenciaga, to make incredible product[s] available to everyone at all times.”

Demna added, “This is a very different challenge. I’ve always appreciated the utilitarianism and the accessibility of Gap. I share some of the same sensibilities in my creative language. This project allowed me to join forces [with Ye] to create utilitarian fashion for all. There are very few people that I know, especially of Ye’s calibre, who really understand my work so well. He makes me come out of my comfort zone and be a better designer. There’s no ego when we collaborate, just a mutual drive to evolve and do something great and new.”

The first eight styles of the YEEZY GAP ENGINEERED BY BALENCIAGA collection are now available for purchase via Farfetch begging and the YEEZY GAP website.

Interestingly, the YEEZY GAP ENGINEERED BY BALENCIAGA collection aligns with just two GAP pieces released by Ye so far. The bulbous and waxy round jacket (that was remarkably successful) and a cropped Perfect Hoodie. The collection also includes hoodies or t-shirts that can be layered over or under ponchos, shackets, and long draping tees.

The YEEZY GAP ENGINEERED BY BALENCIAGA collection also has a tracksuit, which is a jumpsuit made of the swishiest material and baggy and billowing pants. Almost everything offered in the first collection is cast in black, except a light was and tattered denim jacket and jeans. Each model in the look book is, for obvious reasons, wearing a full-face covering. Prices of the pieces range from $120 to $440. 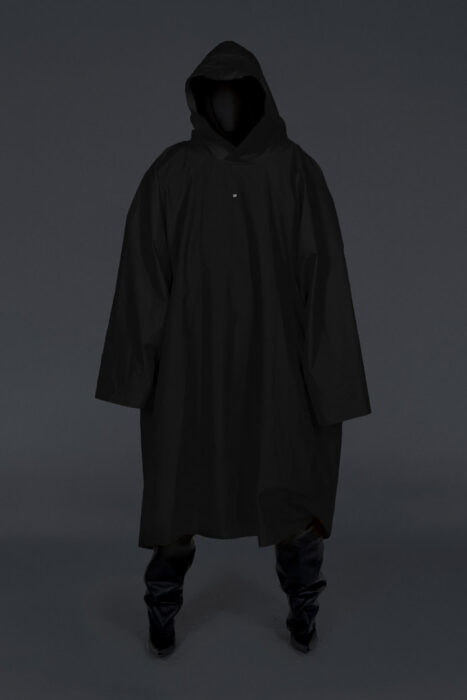 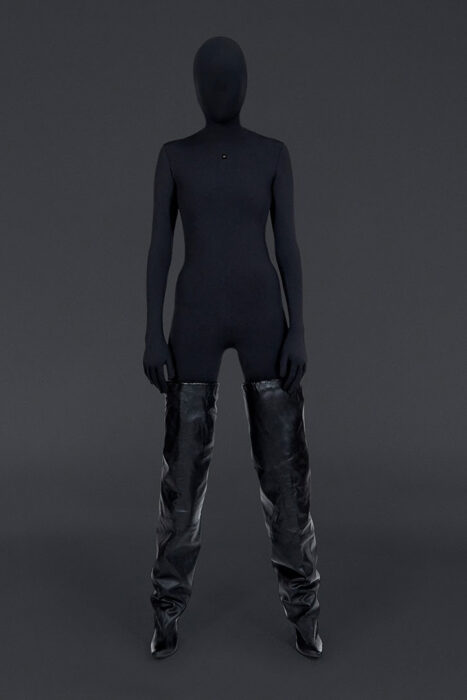 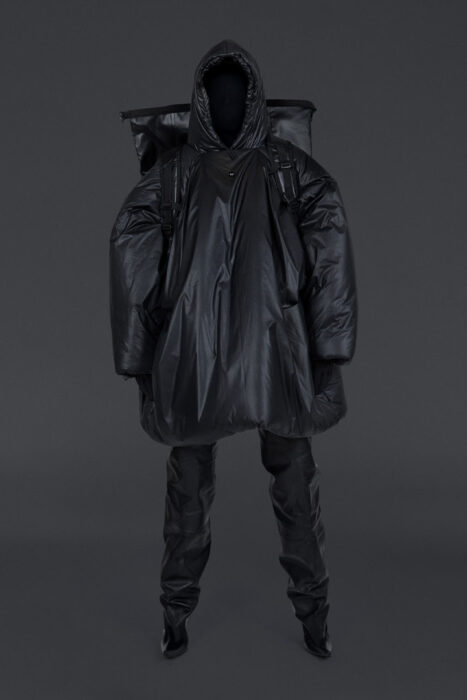 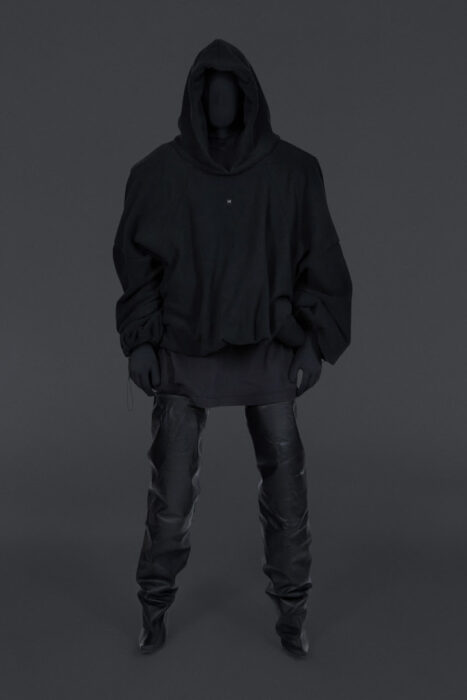 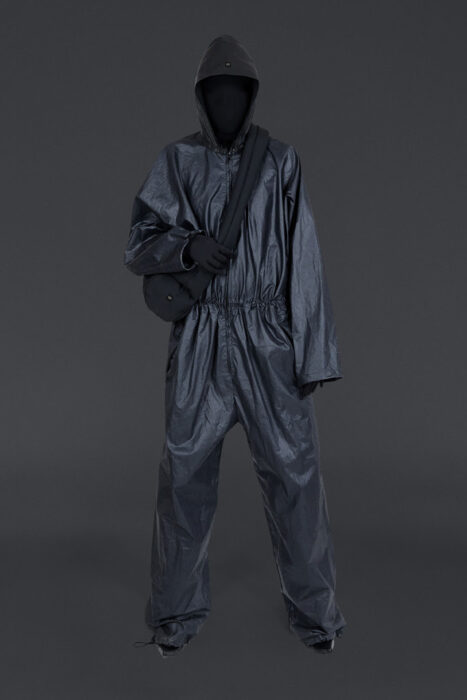 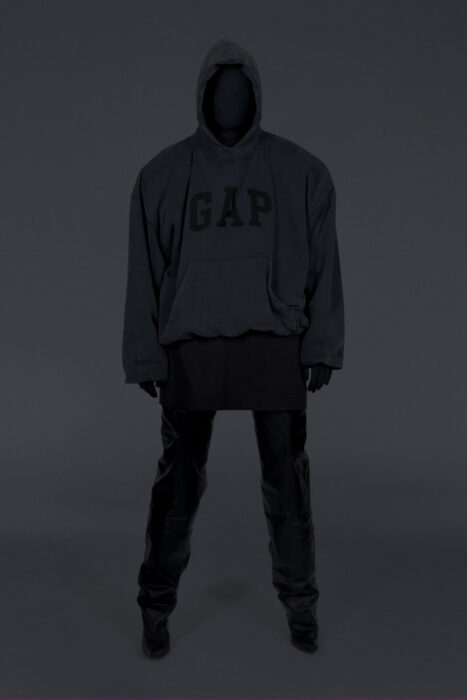 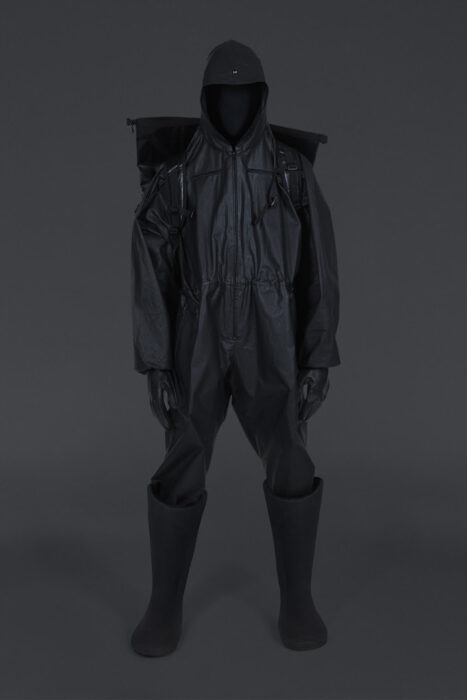 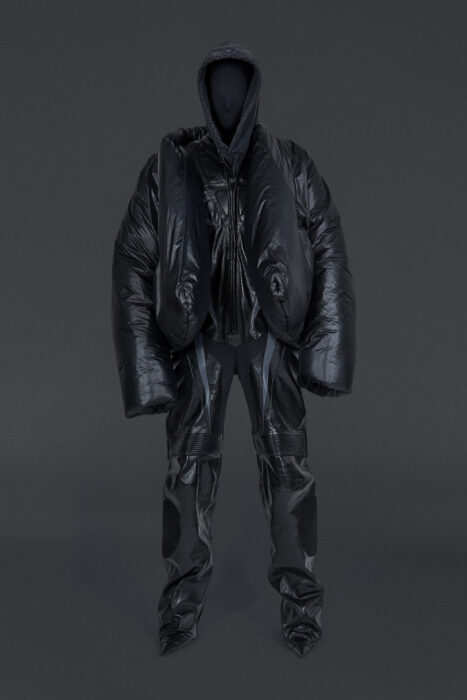 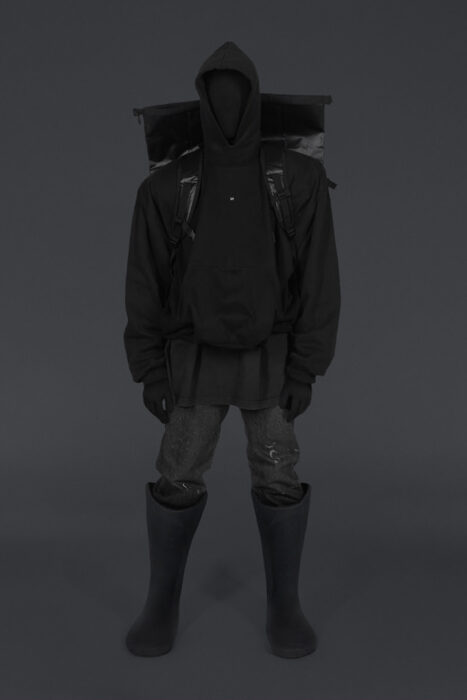 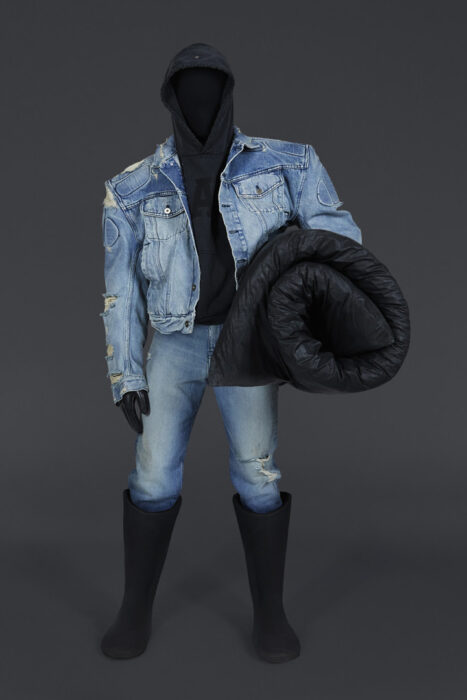 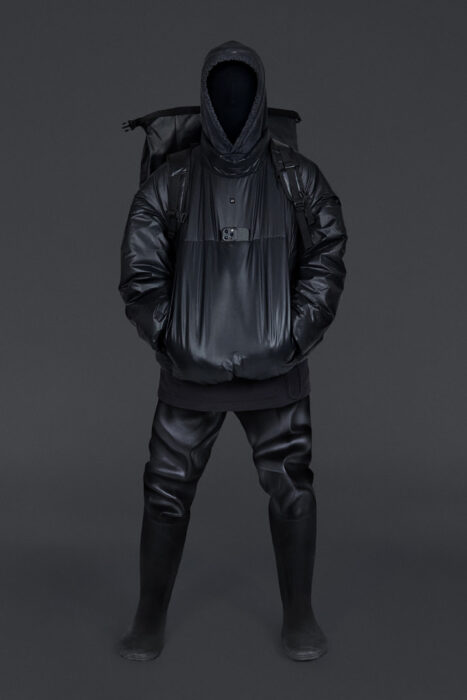 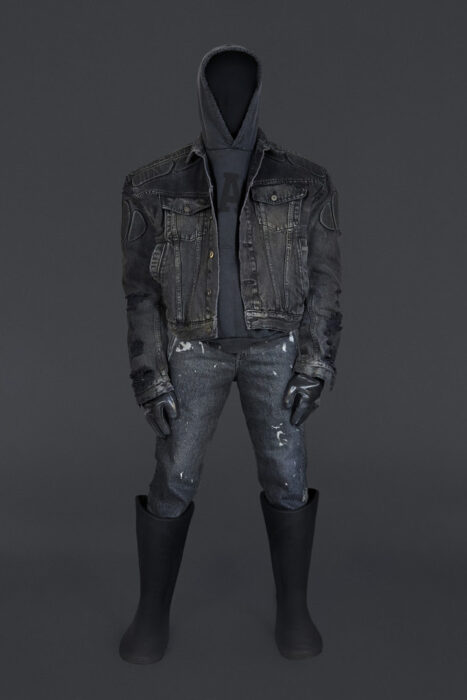 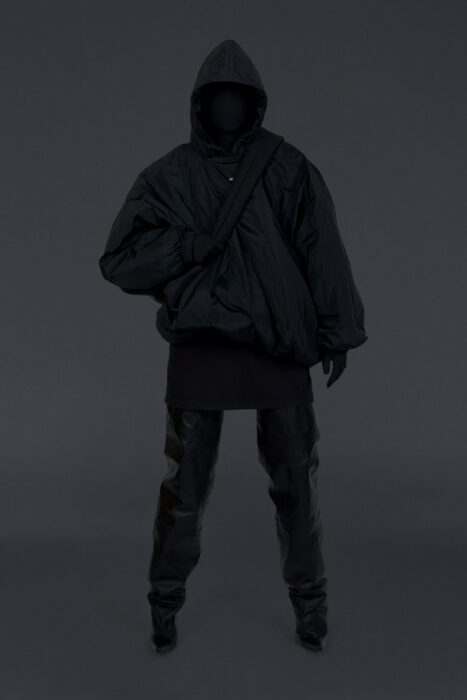 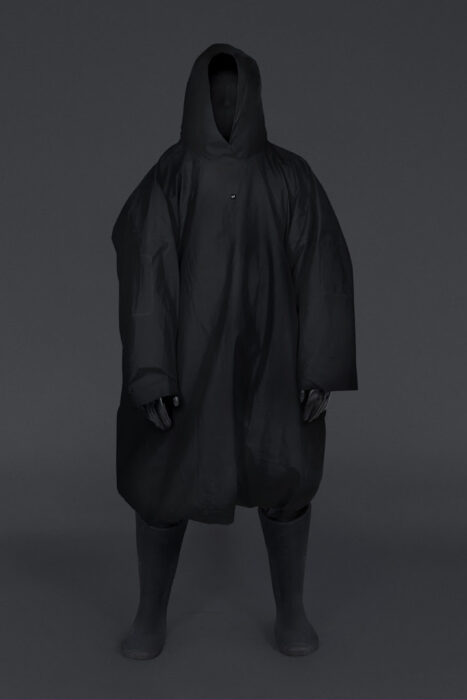 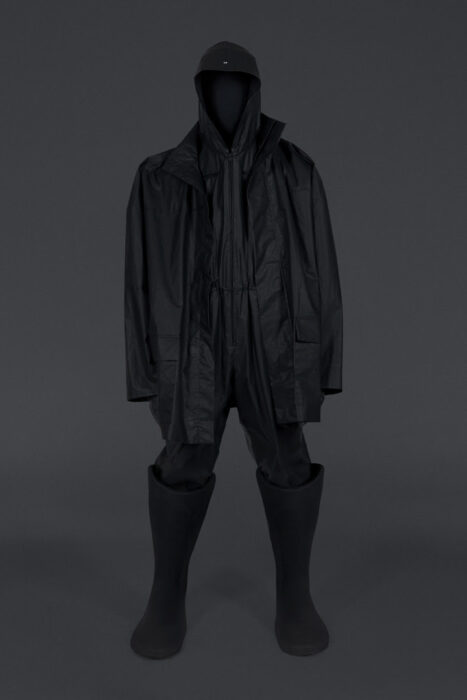 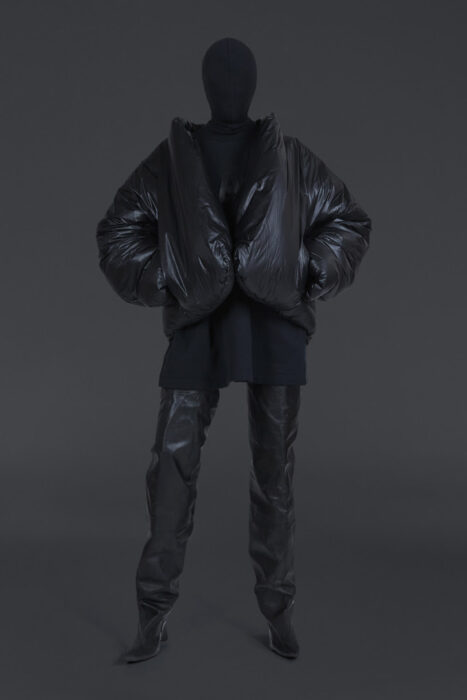 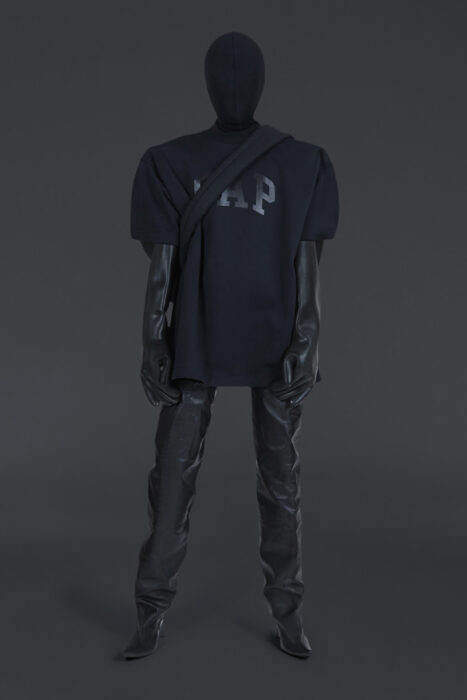 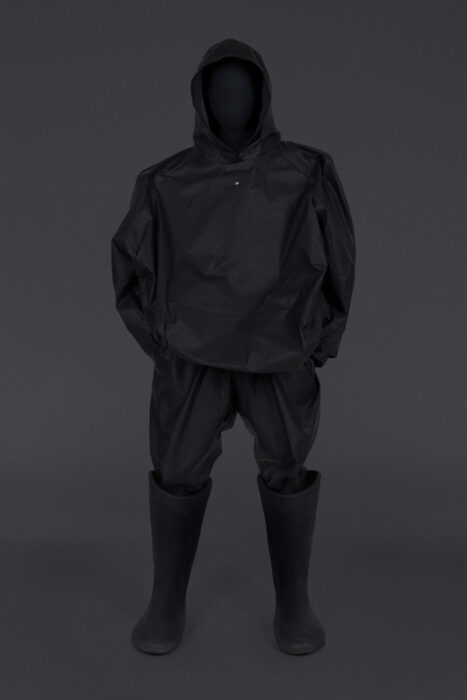 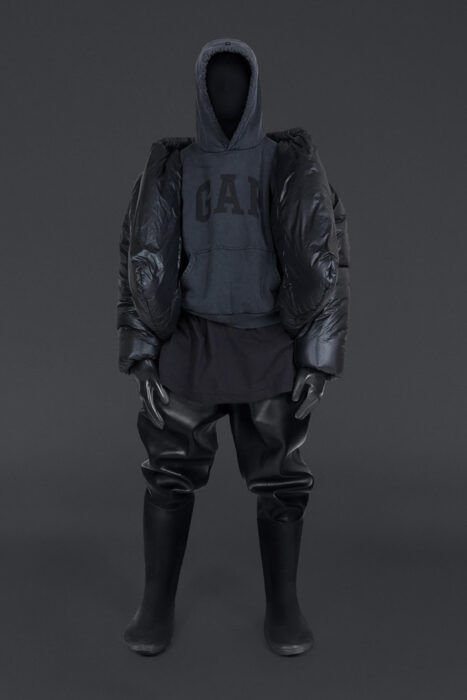 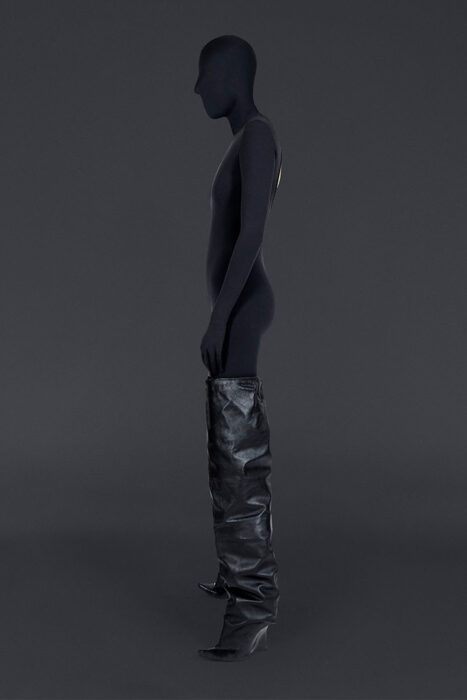 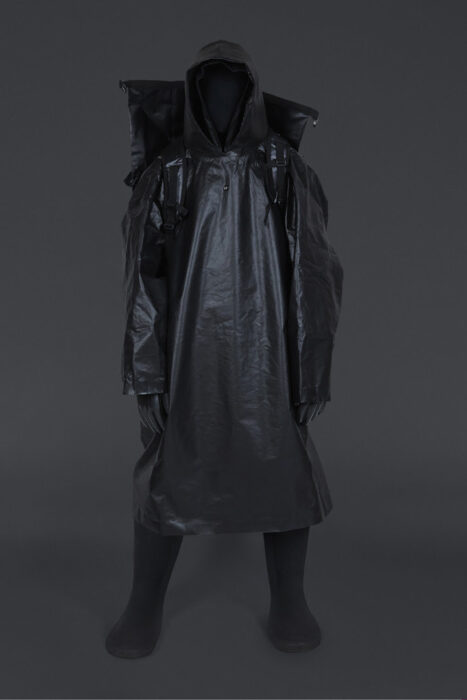