The Phantom gets an electric upgrade from Lunaz

Though the world is currently at war with coronavirus, we are not giving up our expensive tastes and habit of luxuries. The latest luxury one can indulge in comes from the automotive world in the form of the new electric Rolls-Royce that is an electric version of the highly popular Rolls-Royce Phantom.

In addition to RR Phantoms, Silver Clouds would also be given electric power. The former would cost about £500,000 (approximately A$920,000) while the latter would cost £350,000 (approximately A$643,000). The first-ever electric Rolls-Royce underwent an extensive renovation, which included a luxurious interior that has a pale grey upholstery. It also has a 12-kWh battery that’s the largest battery in the world at the moment and a 300-mile range. Some other special features of the electric Rolls-Royce include alpaca wool rear floor mats and restored wood panelling.

Though Luna has been in business for about two years only, the demand for its vehicles has been quite high. The demand is so high that the company had to double its staff. So, if you are eager to buy the electric Rolls-Royce, you better hurry before the stock runs out.

Have a look at the image gallery of the all-electric Rolls Royce Phantom below:

The launch of electric Rolls-Royce in these testing times proves that humans can’t stop themselves from indulging in luxury. This new vehicle is a symbol of spectacular opulence. It also signifies how the current coronavirus crisis has made people rethink energy consumption. Now, everyone from the designers to tastemakers wants authentic luxury to be a vanguard of progress and also to be kind to the planet. Another example of being kind to the planet was Porsche Taycan that has been grabbing attention for the past few months. 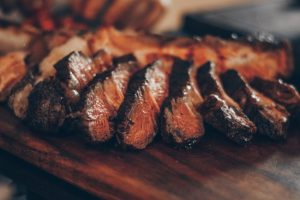